Eco-Friendly Living: Why are Green Roofs Beneficial to the Community? 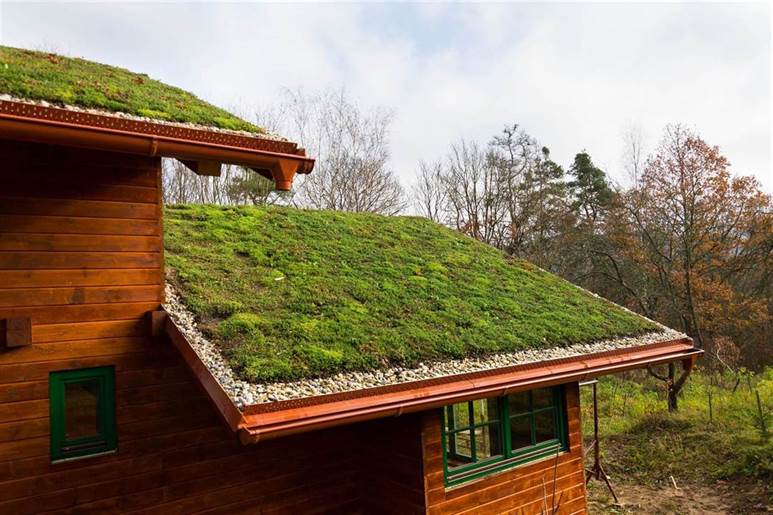 A green roof, also known as a living roof or a rooftop garden involves growing plants such as grass and lichens on the rooftop. As urbanization continues to replace vegetation, the need to recover green space has continually become critical to mitigating the negative impact of development. Living roofs do exactly that; they replace the vegetative layer that was destroyed when the building was put up. Their importance goes beyond improving aesthetics. Their growing popularity can be linked to their numerous social, environmental and economic benefits. Winnipeg roofing takes you through the various social benefits of installing a lush rooftop garden.

One of the primary benefits of rooftop gardens is the mitigation of stormwater runoff. The prevalence of impervious surfaces in urban areas exacerbates flooding, and may result in raw sewage finding its way into the rivers, causing tremendous water pollution. An overflow of sewers means that a great quantity of water must be treated before it is potable. This eats into the municipal water treatment budgets. Storm analysts report that a typical city block contributes to more than five times more stormwater runoff than a woodland area of similar size. In light of this, the presence of a living roof in the event of a storm absorbs and filters water, which significantly lowers the risk of flash flooding and sewer overflows. How this works: Green roofs absorb stormwater, then slowly release it over a period of several hours, which reduces rapid runoff.

If you live in a high traffic area, you can create a quieter environment by installing a rooftop garden. A combination of soil, plants, and trapped layers of air that are found within a green roof system, insulate a house from noise. Plants absorb, reflect or deflect high frequencies of sound. The extent of sound insulation, however, depends on the depth of the substrate and the system used. For example, a green roof with a 20cm substrate layer can reduce the sound by 46-50 dB while a 12cm will reduce it by 40dB. In simpler terms, the deeper the substrate, the greater the sound insulation.

According to a research by the Ontario Medical Association in Canada, air pollution contributes to 9,500 premature deaths per year, a lost productivity of up to $374.18 and as if this is not enough, it also increases costs of healthcare up to $506.64 million. With continued industrialization, population and traffic growth, these conditions are expected to worsen. The typical urban environment is made up of ammonia, sodium chloride, sulfate, mineral dust, and black carbon. All these are the results of human activities combined with factory emissions.  Plants, through their natural processes of respiration and photosynthesis, can reduce the detrimental effects of urban environments by taking up the pollutants and improving the air quality.

A major obstacle, and one that discourages may homeowners from installing a rooftop garden, is the initial cost. Typically, living roofs cost two to three times more than impervious roofs. Although expensive at first, green roofs usually return their investment in a few years. Their ultimate benefits outweigh the initial concerns by far.